Our team at Human Factors Coaching and Consulting, offers you the freedom to explore your potential as a physician, medical leader and as a individual. We will help your group or practice to grow in efficiency and effectiveness, while providing personal evaluation and coaching.

As the name describes, we spotlight those aspects of behavior and perception that impact self awareness, and control the resulting behaviors. This approach highlights areas for improvement in Leadership and Communication, both individually and systematically. At the operational level, specifically the physician-patient interface, it is the lack of Human Factor (HF) skills that dictate the likelihood of errors.  Dr Ken Catchpole, a Human Factors expert, defines HF in healthcare this way: “Enhancing clinical performance through an understanding of the effects of teamwork, tasks, equipment, workspace, culture, organization on human behavior and abilities, and application of that knowledge in clinical settings.”  As an accepted definition it is accurate and descriptive, yet there is more to say. That is our speciality, taking the academic and making it operational!

The most obvious indicators of impending errors are presented through communication, or lack thereof. Often it is the non-verbal expressions that can be the most telling. These concepts have been developed over the last 40 years in aviation safety. The lead operators in aviation, the Captains, did not jump at this culture change. Captains were “infallible”, “the final authority”, “paid their dues”, “been there done that”, which is a familiar response for similar personalities in high stress positions. Much of that attitude is also supported by the behavior of the passenger or the patient. They have placed the pilot and the physician on a pedestal as a superior individual worthy of unconditional trust. That culture created resistance to acceptance of error or failure. In some serious aviation accidents, it became clear during the investigations that other crew members were either unwilling to challenge the authority of the Captain or had an unfounded belief in his infallibility.  Likewise, there are plenty of medical cases where an unacceptable outcome can be attributed to team members unwillingness to raise issues with the doctor. 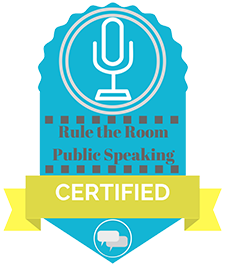